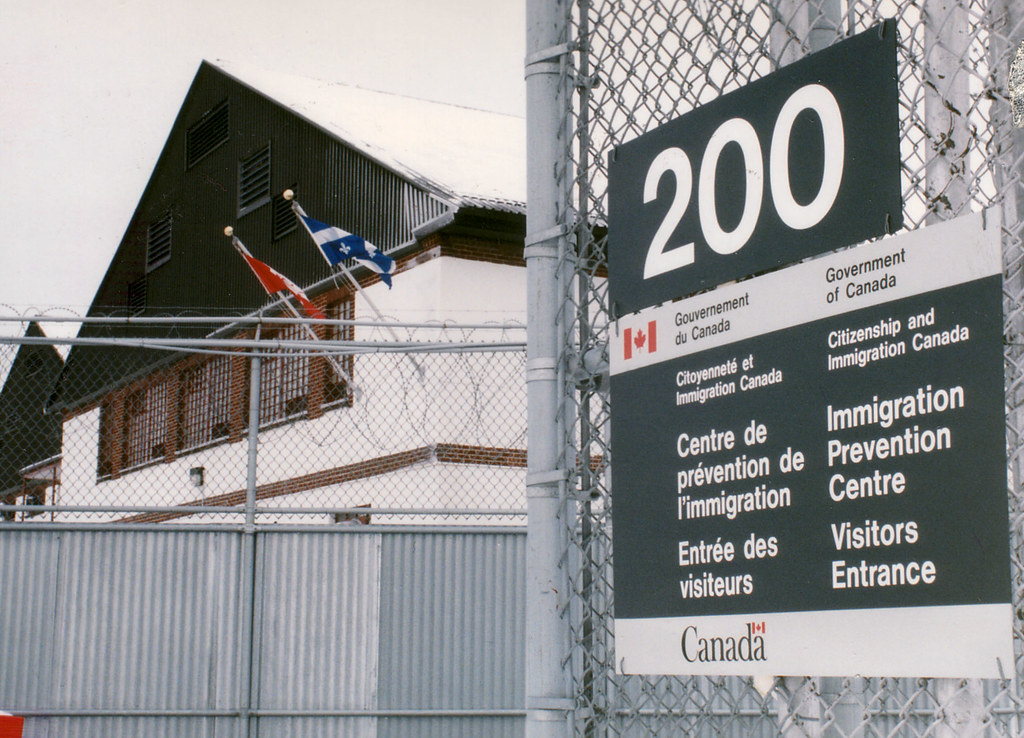 A CBSA spokesperson confirmed three COVID-19 cases at the at Laval facility in February 2021. According to some reports, at least five cases of COVID-19 were recorded among the detained immigrants, but 12 to 15 were placed in de facto solitary confinement. 18 people are currently held in the Laval holding centre. Visits have been cancelled since March 2020, severely limiting access to legal and psychosocial support and further aggravating the isolation. Fearing for their safety, the detained immigrants went on hunger strike on March 1st, 2021 for the third time since the pandemic to protest their detention conditions. They ask to be treated with dignity and to “be protected in this time of pandemic like every Canadian citizen.”

The virus has exasperated conditions in these detention facilities. Detained immigrants report being placed in conditions akin to solitary confinement after testing positive for COVID-19. They describe being locked in a “small and dirty cell,” which they can leave only to use the washroom or make 15-minute phone calls once every two hours. A guard keeps close watch on them during these excursions, so close that immigrants report they cannot physically distance from the guards. Immigrants also detail witnessing guards exhibiting symptoms of COVID-19, not using gloves, and/or taking off their masks. After a week in isolation, they report not being tested again before their transfer from solitary confinement back into shared spaces.

A spokesman for Solidarity Across Borders, an organization advocating for migrant rights based in Montreal, said detained immigrants lacked psychological programs and services that are available “even in the worst prisons”. One desperate immigrant who has been detained for 16 months conveyed his desire to “regain my liberty and finish this already” regardless of whether the immigration authorities “choose me to stay or return me to my country“.

In March 2020, a group of 30 detained immigrants began the first hunger strike demanding to be released from detention as the coronavirus spread through Quebec. Many were released as immigration detention centres emptied over fears of possible COVID-19 outbreaks. The CBSA found alternative arrangements until undocumented migrants and asylum seekers could have their cases processed.

Between April 2019 and March 2020, the CBSA detained 8,825 people, including 138 minors (most of whom were detained with a parent), under the Immigration and Refugee Protection Act. By November 2020, 94 remained in detention facilities. The holding centre in Laval, which can accommodate 109 detainees, held 12; the Toronto centre, with a capacity of 183, held 18; and the centre in Surrey, B.C., with a capacity of 70, held 11.

According to CBSA reports, most people imprisoned by CBSA do not pose a danger to Canadians. However, the CBSA controversially rushed the implementation of electronic monitoring during the pandemic without public debate. The implementation of these ankle monitoring devices was a condition for some releases in Quebec and Ontario. A pilot project was supposed to guide policy-making and public debate, but the CBSA appears to have taken advantage of the COVID-19 pandemic to normalize the electronic monitoring of undocumented immigrants in Quebec without proper public scrutiny.

Canada is one of the few countries with a mandatory detention policy, including detention for up to 12 months without judicial review. Previously, anti-terrorism provisions in immigration legislation have been used to detain and deport foreign nationals on secret evidence.

This blog post was written by a CCLA-PBSC RightsWatch student. Views expressed do not necessarily reflect the view of the CCLA or PBSC